Better a Cheetah than a Cheater

One of the things I've encountered as a younger player competing against older people [think 30+ / middle aged] is the unfortunate line call.

An example: You're in a slow-paced rally and guide a lazy forehand cross court towards the opposite corner. The guy you're playing [who might be 30 years older] gets caught a little flat-footed and calls the ball out. You're confident it was a good ball, but there's little you can do about it a lot of times, because even when you're playing on clay (as I do a lot of the time) there's always someone who is prepared to make their own marks ...and not even in a credible area of the court. 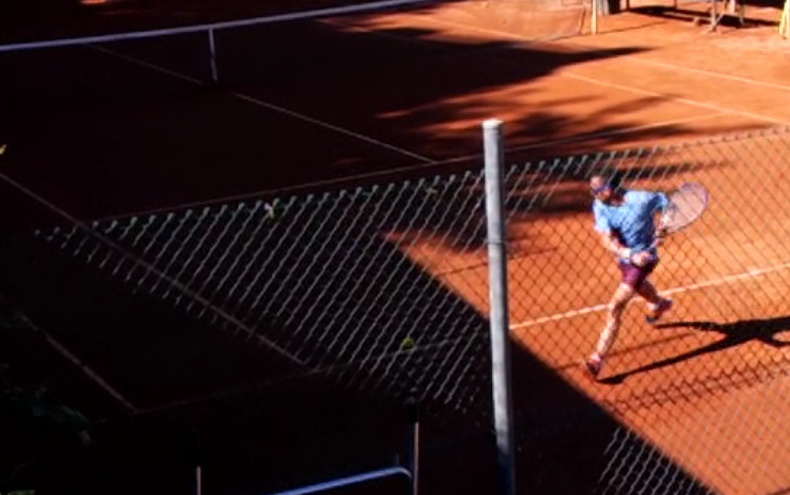 In short, there's nothing to be gained from arguing the point; it might be that you're playing someone who genuinely can't see, will do anything to win except improve or it might be that they're just gaming you. Either way, you're only ever going to lose by getting involved, so my advice would be to confirm the line call and move on [A word of warning: some people who are knowingly making bad calls get angry when they face reality - see 'The Monkeys and the Two Men' - and may interpret this as “I know you're lying, so I'm going to ask you again”]

In other cases, the opponent has hit a ball that they believe is so good that there's no way you can return it - this happens on a surprising number of attempted drop shots - and in that state of mind almost appear to see what they want rather than what's actually happening.

There are a couple of examples I've listed here. In the first it looks like the opponent thinks he's won the point very soon after he hits it and - despite my racquet clearly coming from underneath the ball to take it over the net [not a very good shot, if I'm honest and I should have done more to put angle on it] - he insists that it was two bounces, apparently having decided that he'd won the point just after hitting it. 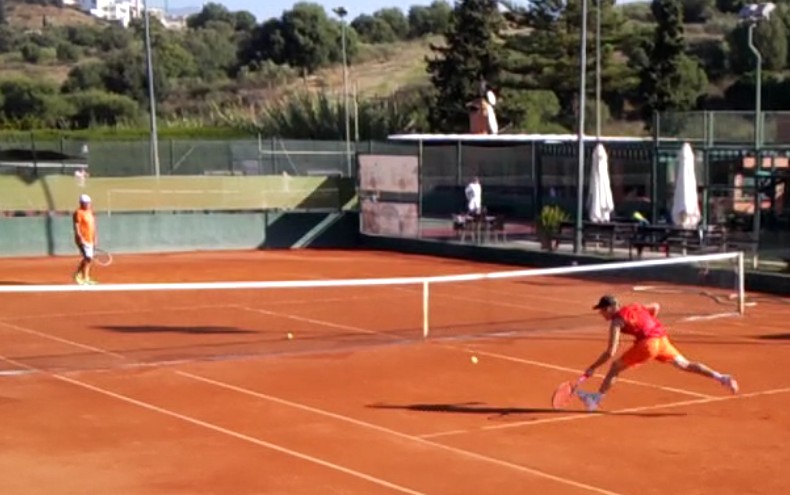 The second is almost amusing ...perhaps I exaggerate. You can see the opponent play a drop shot from the back of the court and I jog in from the baseline and play my own in return [I'm much happier with this shot, getting it just clear of the net with a trace of backspin]. If you watch, you can see him anticipate a lift, long to his baseline and it's not until he realises that he's never getting to that ball that he tries to call a double bounce. Judge for yourself.

You can only be accountable for your own behaviour and not that of others.

The above clips were from two matches played at the Bel Air Padel and Tennis Club near Estepona where Sergio Gomez (the owner) deemed my conduct “unacceptable” and I was forced to withdraw from their competition. In such circumstances, you can only be accountable for your own behaviour and not that of others. Do what you think is right; sometimes the consequences might be difficult to understand, but at least you will have your self respect and dignity.